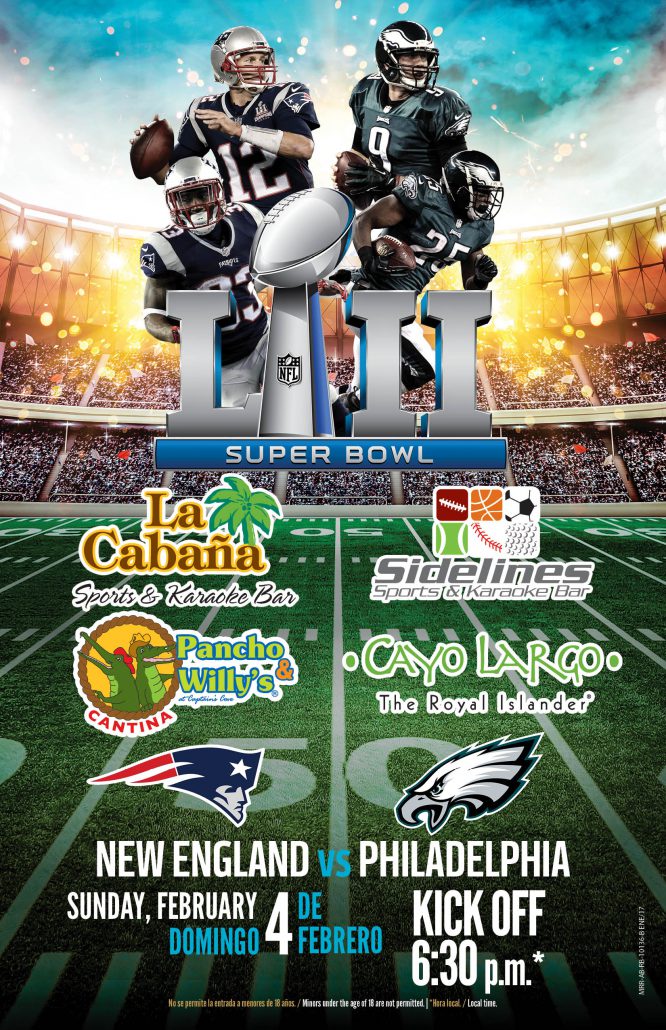 Which team will win Super Bowl No. 52 on Sunday February 4, 2018, defending champions the New England Patriots or the Philadelphia Eagles? Watch all the action from the Bank Stadium in Minneapolis at the Royal Resorts Bars. Kick off is at 6:30 p.m. local time.

In the Riviera Maya
NFL football fans will be gathering in La Rotonda at The Royal Haciendas to watch the Super Bowl and guests at Grand Residences Riviera Cancun in Puerto Morelos will be able to see the game in Heaven Beach Bar.

The sporting year at the Royal Resorts Bars
The Super Bowl is just the start of the sporting year in the Royal Resorts Bars. Don’t miss the Winter Olympics this February; basketball, European and Mexican league soccer games are regularly screened. Catch up with the latest news from the ATP tennis circuit, PGA golf tournaments, Major League baseball, boxing and the 2018 Soccer World Cup in the summer.