Face to Face with the Gentle Giants, Whale Sharks Arrive in May - Blog

Face to Face with the Gentle Giants, Whale Sharks Arrive in May

You are here: Home1 / Face to Face with the Gentle Giants, Whale Sharks Arrive in May

Face to Face with the Gentle Giants, Whale Sharks Arrive in May

Are they here yet? Have you seen one? That’s the question everyone eagerly asks fishermen and yachtsmen in May as they tie up their boats in local marinas. They are referring to the first sightings of whale sharks, as these ocean wanderers begin to appear in the Mexican Caribbean for the summer.

If you are traveling to Cancun or Riviera Maya this season you have the opportunity for a once-in-a-lifetime encounter with nature, an unforgettable swim with the whale sharks. From the beginning of June to mid-September, whale shark tours are available in the Mexican Caribbean and Thomas More Travel will take you there. 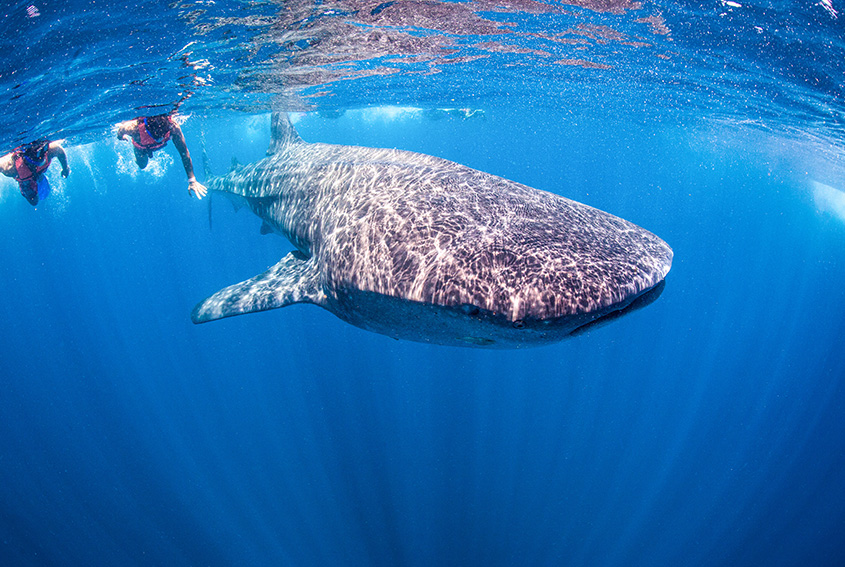 Whale sharks, one of the ocean’s great wanderers

The world’s largest fish, whale sharks travel thousands of miles through the tropics in search of the microscopic plankton that is their staple diet. From mid-May to mid-September, they gather in the Mexican Caribbean where higher temperatures mean an abundance of plankton. Hundreds of whale sharks feast on plankton in the waters off the islands of Holbox, Contoy and Isla Mujeres. Indeed, biologists believe that this is the largest whale shark gathering or aggregation in the world and that it isn’t only plankton that attracts them, but also fish roe. It is the spawning season of a fish called the bonito (little tunny) and researchers have discovered that the whale sharks are partial to the eggs.

There are two whale shark feeding grounds: the area between the island of Holbox and Cabo Catoche and agua azul or “blue water,” the deeper waters to the east of Contoy and Isla Mujeres, a two-and-a-half-hour boat ride from Cancun. Due to the importance of this area for whale sharks and other marine species such as sailfish, marlin, manta rays, dolphins and sea turtles, the Mexican government declared part of the zone a marine biosphere reserve.

Imagine watching as a creature the size of a bus looms out of the depths, approaches you and then swims placidly by, its gaping jaws open to scoop up the plankton. With a final flick of the tail, it disappears into the distance, leaving you with an incredible sensation of happiness and peace. It is an awe-inspiring sight and an emotional experience, one that wildlife watchers won’t want to miss.

Local fishermen affectionately call whale sharks “domino” or “pez domino,” a reference to their distinctive stripes and dappled skin. Each fish has unique markings and taking photos of them is helping whale shark experts around the world to compile a catalog. Using this international database for identification purposes and by tagging sharks they have begun to map the movements of these enigmatic creatures during the year.

On the journey out to the whale shark area, you may spot wild dolphins and sea turtles. Huge manta rays also gather to eat plankton and sometimes breach the water surface in awesome flight.

Another option for an amazing whale shark adventure is to plan an overnight trip to Holbox, the beautiful island on the north coast of Quintana Roo. Here, even the wooden signs and colorful murals lining the sandy streets pay tribute to the whale shark.

Go in search of whale sharks early in the morning and then enjoy lunch at one of the thatched restaurants on the waterfront. In the afternoon, take another boat trip to explore the Yalahau Lagoon, Isla de los Pajaros (Bird Island) and the Yalahau Cenote and you’ll still have time for the beach and to discover the laidback ambiance of the island.

Call in at the tour desk during your summer vacation to book the whale shark trip. 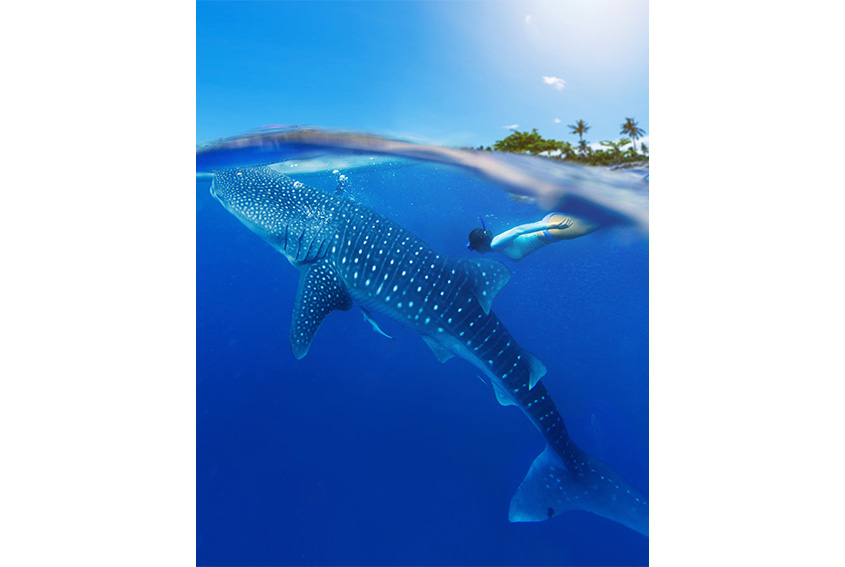