You are here: Home1 / Equinox: Witness an Ancient Wonder at Chichen Itza

The ancient cities of the Maya have an air of mystery whenever you visit them but for many travelers, a trip to the World Heritage Site of Chichen Itza in March to witness the Equinox offers even more wonders.

The return of an ancient god

On March 20, the day of the spring Equinox, the Pyramid of Kukulcan or El Castillo that dominates the Great Plaza at Chichen Itza, reveals its function in ancient times as a solar clock marking the passage of the seasons. The long-lost temple builders aligned it so precisely to catch the rays of the setting sun on the days of the spring and fall equinoxes in March and September. Triangles of light and shadow appear along the side of the north staircase forming the rippling body of a snake. It merges with the head of a stone serpent at the foot of the building, creating the illusion of a gigantic reptile coming down from the sky.

The snake symbolizes Kukulcan (also known as Quetzalcoatl in central Mexico), the feathered serpent god and a powerful leader, returning to earth to give hope to his followers and heralding the spring planting and fall harvest seasons for the Maya.

The shadow of the serpent appears to slither across the ground in the direction of the Sacred Cenote, the largest of four cenotes or sinkholes at Chichen Itza. Cenotes and caves were sacred places associated with the rain god Chaac and believed to be the gateway to Xibalba, the Maya underworld and home of the gods. 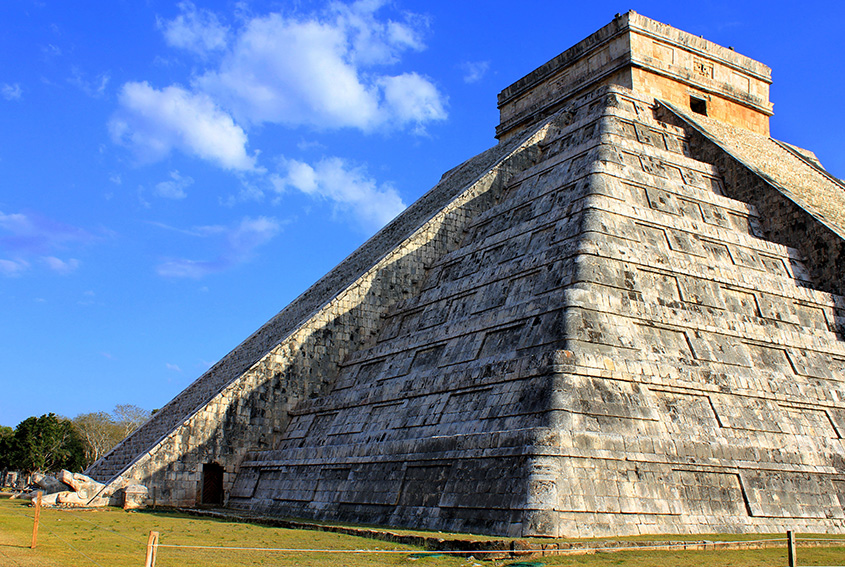 A reflection of the Maya calendar

The pyramid of Kukulcan was built between AD 650 and 800, with later modifications during the period when the city reached its peak under its Itzae rulers, between AD 1000 to 1250. The use of lidar sensing technology has revealed that the pyramid we see today actually lies on top of three earlier temples and above a cave with a cenote. Rulers would erect their own monuments on top of buildings left by their ancestors to channel sacred energy.

The 25-meter-high pyramid is believed to represent the ancient Mayan calendar as the number of terraces and wall panels coincides with the number of months in the Mayan year (18) and years in a calendar round (52), respectively, and the number of steps in the staircases, including the top platform, equals 365, the days in the year. 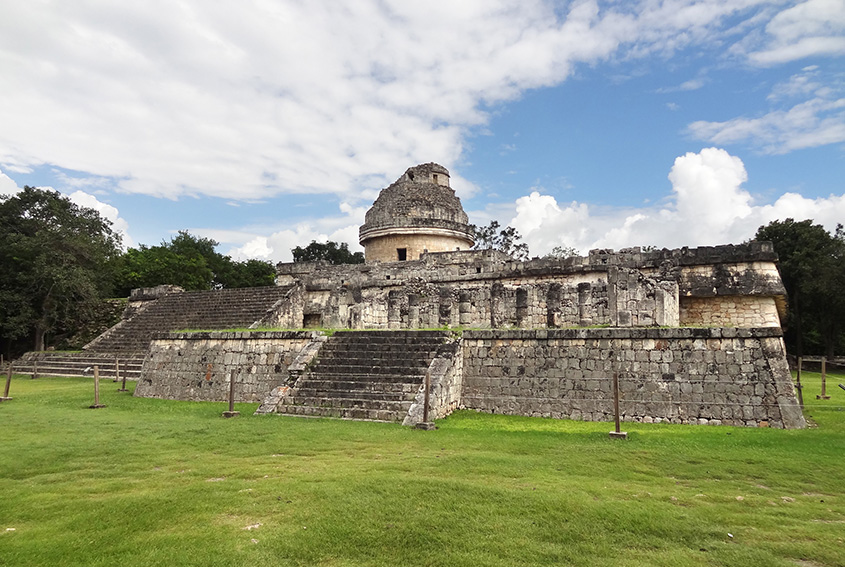 Looking for signs in the stars

A short distance from the Great Plaza is the round tower known as El Caracol or the Observatory. Circular buildings are rare in the Maya World and this one sits on a rectangular platform with shallow depressions that were once filled with water. Ancient astronomers used them to mirror starlight and look for portents in the heavens. The building was aligned to catch sunsets and moonsets on both equinoxes and to mark the course of Venus.

Planning your trip to Chichen Itza

Thomas More Travel offers a range of Chichen Itza trips. The snake of light and shadow is also visible the day before and after the equinox, cloud cover permitting.

Why not make a day of it and visit Valladolid and its nearby cenotes beforehand, explore Chichen Itza and witness the Equinox? Eat an early dinner at the neighboring hotel and stay on for the evening Light and Sound Show in the Great Plaza, a marvel of computer-generated art and video mapping.