Cozumel, the island of swallows, sacred land of the Maya and coral reef wonderland is calling you.  It only takes a few minutes from Playa del Carmen to cross a stretch of turquoise and indigo waters to Cozumel, Mexico’s largest inhabited island, and you’ll find incredible underwater beauty, beautiful beaches, rich history and traditions.

Most visitors to Cozumel are drawn by its spectacular coral kingdom, a chain of reefs off the west coast that was made famous by Jacques Cousteau and Mexican diver Rene Cardona. Magnificent coral buttresses and walls festooned by huge red, yellow and orange sponges (47 species of coral and 48 varieties of sponge have been recorded) and gently waving sea fans are honeycombed with caves and canyons and inhabited by more than 300 species of fish and other colorful marine life of all shapes and sizes. Water visibility is as high as 200 feet and the current enables divers to practice drift diving and literally fly past coral walls and drop-offs descending into the depths, keeping pace with sea turtles, huge groupers and schools of eagle rays.

Cozumel’s reefs are part of the Mesoamerican Reef, the world’s second longest coral reef system and there are dives for every level of experience, from beginners to advanced, open water divers.  Divers can spend a lifetime exploring reefs like Paraíso, Chankanaab, La Herradura, San Francisco, Yucab, Santa Rosa, El Tunel, Colombia, Maracaibo and the largest of them all, Palancar, famous for its coral pillars, caves and walls.

Some shallower reefs such as Chankanaab and Paraíso are great snorkeling spots and swimmers have their own up-close encounters with queen angelfish, parrot fish, blue tangs, sergeant majors and jacks. For visitors who would prefer to see the underwater world without getting wet, there are glass-bottomed boats and an unforgettable immersion on the Atlantis submarine, which dives to a depth of 100 feet. 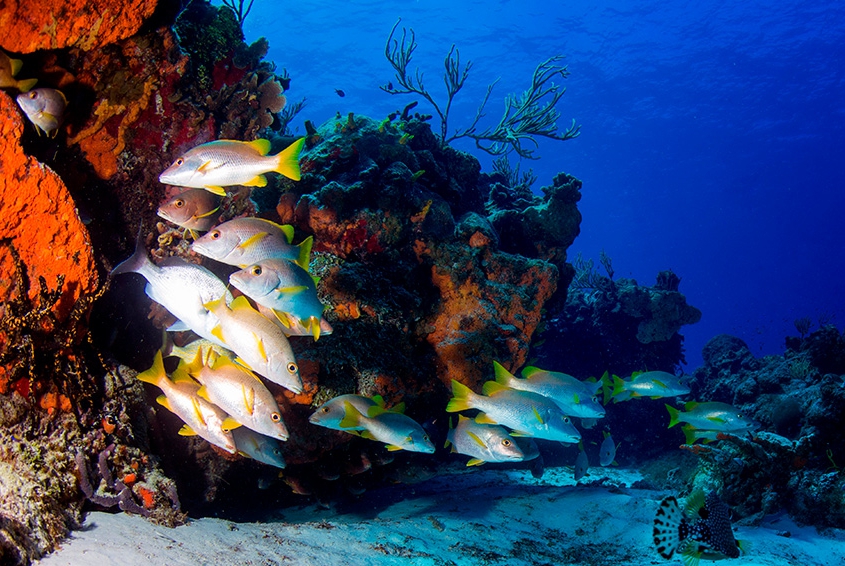 In ancient times, Cozumel or Cuzamil, “land of the swallows,” as it was known was held sacred by the Maya as the site of a shrine to Ixchel, goddess of the moon, the tides and fertility. Ancient temples can still be found in jungle clearings and there are lighthouses and lookout posts on the coast, testimony to the days of Mayan seafarers.

San Gervasio is the largest of Cozumel’s 25 archaeological sites and during the pre-Hispanic period it was a bustling city and a center of maritime trade.  It was visited by pilgrims who would travel hundreds of miles overland from distant cities in the Yucatan and then make the perilous sea crossing from Xaman-Há (Playa del Carmen) and Pole (Xcaret) to worship at the shrine of Ixchel. 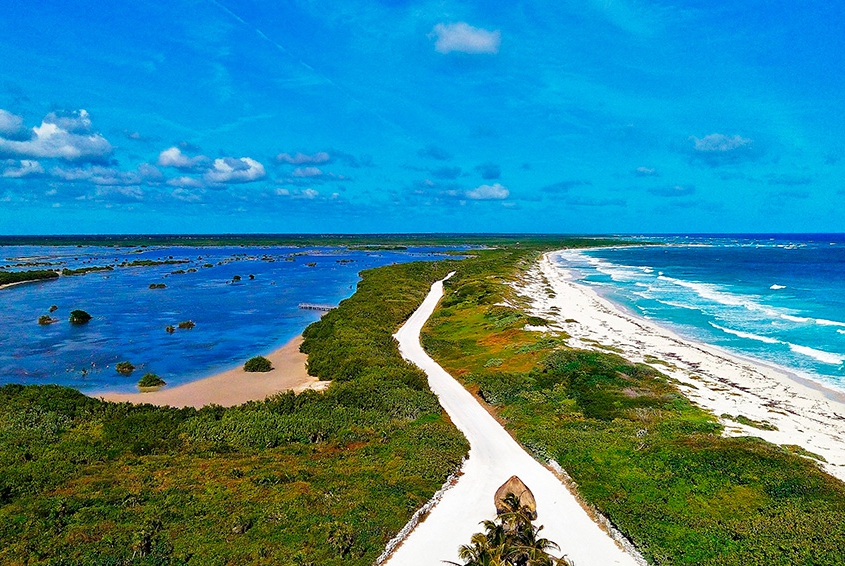 Coming of the Spaniards

In 1519, a Spanish expeditionary force led by Hernán Cortés landed on the island. From Cozumel, Cortes and his band of soldiers sailed into the west. They crossed the Gulf of Mexico and made landfall on the coast of Veracruz. Lured by tales of gold, they moved inland, crossing the mountains and reaching Tenochtitlan, the Aztec capital, now the site of Mexico City. By 1521, this ruthless band had defeated the Aztec army and overthrown a mighty empire, seizing its land and treasures.

During the Colonial period of Mexican history, Cozumel was largely forgotten, and its deserted shores became a haven for pirates such as Captain Henry Morgan and Miguel Molas. In the 1850s, refugees fleeing the bloody Caste War on the Yucatecan mainland colonized the island.

Located in island capital San Miguel, the Cozumel Museum has interesting exhibits on the ancient Maya, the coming of the Spaniards, the age of pirates, and the 19th-century colonization of the island. Other displays showcase local festivals such as the Carnival and the El Cedral Fair held at the beginning of May.

Learn about the formation of the coral reefs and the island’s flora and fauna. The tropical forest and wetlands are rich in wildlife, including endemic creatures such as the pygmy raccoon, the Cozumel coatimundi, Cozumel golden warbler and the Cozumel emerald, an iridescent hummingbird.

If you are not setting sail for a dive, snorkeling or fishing trip, why not rent a car, moped or a taxi for a tour of the island?

Spend time wandering through the streets of San Miguel, the island capital. There are plenty of craft shops and jewelry stores to catch your eye and when you are hungry, you won’t want to miss Cozumel’s famous fresh seafood.

If you are interested in history, visit the island’s archaeological sites such as San Gervasio, El Cedral and Caracol.

The island’s sheltered swimming beaches are all on the west coast, but the rugged windswept east coast has some beautiful, deserted stretches of sand for a stroll although not for a dip. Strong currents and undertow make swimming dangerous on the windward coast.

Other island attractions include Chankanaab, a nature park with a crystal-clear lagoon and reef for snorkeling, a cenote or sinkhole connected to the Caribbean by an underground river, a botanical garden and dolphin swims. Punta Sur nature reserve on the southern tip of the island and Isla de la Pasión in the north are also worth a visit and are rich in birdlife.

Arrange a boat trip to El Cielo, a shallow reef and calm stretch of crystal-clear water where the seabed is covered with starfish. Take photos but don’t disturb these living treasures. 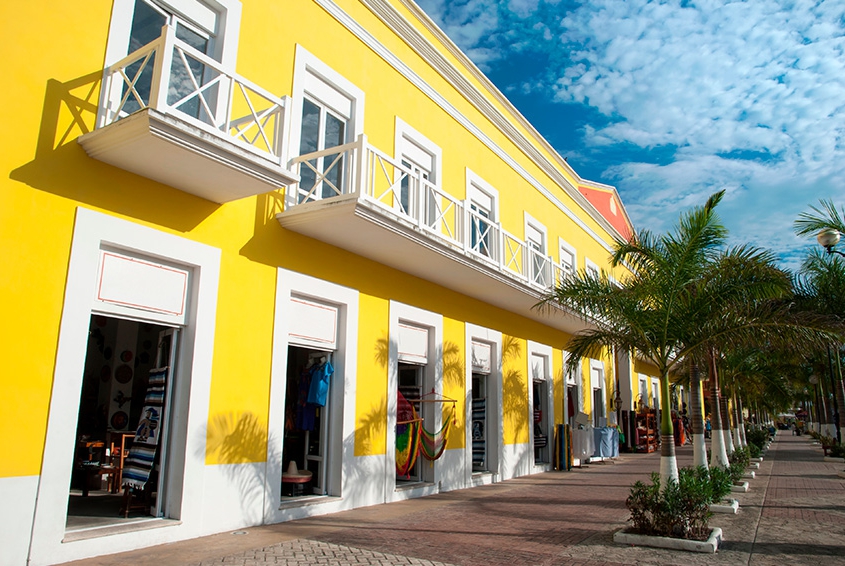 Thomas More Travel offers trips to Cozumel for diving or sightseeing or you can make your own way there at your own pace using the ferry from Playa del Carmen.