One million turtles and counting - Blog

One million turtles and counting

You are here: Home1 / One million turtles and counting

One million turtles and counting

By the time the 2021 season ended in December with only a few nests still to hatch, the tally for the year was 599 nests protected at The Royal Sands, The Royal Islander and Royal Uno and over 54,000 hatchlings released at last count. This means that since 1998 when official record keeping began, we have protected more than 10,000 nests and released more than one million baby turtles and still counting!

Yet our work as turtle guardians goes way back to 1985, just imagine how many turtles we have saved in more than 36 years of conservation, and we look forward to many more in years to come!

In December, members of the Royal Resorts Security team, our tireless turtle guardians, received an award from Cancun City Hall recognizing the company’s participation in the annual turtle protection campaign.

During the summer, these conservation heroes patrol the beaches at night on the lookout for turtles coming ashore to nest. They watch over the precious eggs and they protect the hatchlings as they scuttle across the sand towards the waves. We thank them for their passion and dedication. 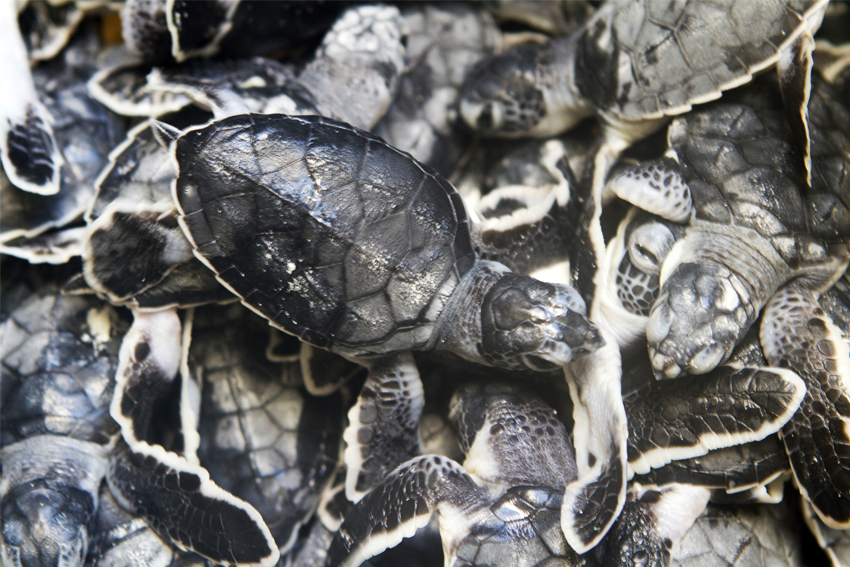