The 2022 summer nesting season marches on and here’s the latest Royal Resorts turtle news. The number of turtle nests in the corrals at The Royal Sands, The Royal Islander and Royal Uno is still climbing and now stands at 569 with 65,470 eggs (Sept 3). Around 23,597 baby turtles have already been released to begin life at sea.

In the Akumal area, Centro Ecológico de Akumal (CEA) staff and volunteers patrol Akumal Bay and three other nesting beaches to the north and south. The season tally of nests to date is 734, of which 531 are green turtle nests and 203 loggerhead turtle nests.

On Cozumel, the nesting beach of San Martin has registered 3,100 turtle nests this year, an island record. 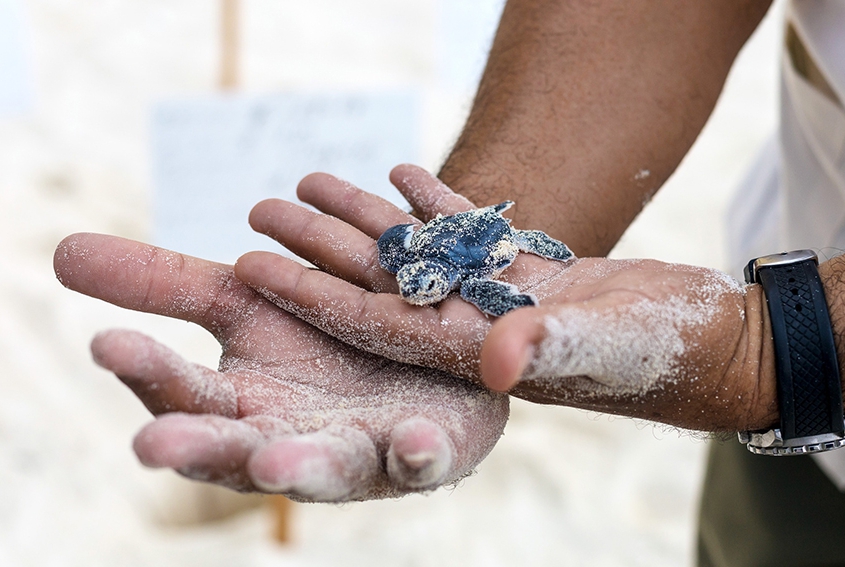