Where to go for winter wildlife watching - Blog

Where to go for winter wildlife watching

You are here: Home1 / Where to go for winter wildlife watching

Where to go for winter wildlife watching

When autumn temperatures began to drop in Canada and the United States more than 150 million birds take flight and head south for the warmth of the Yucatan following what is one of the world’s most important migratory routes for birds. The area’s coastal lagoons and salt flats and inland jungles welcome an additional 226 species of migratory birds each winter. Large and small, they range from birds of prey to ducks, waders, shorebirds, songbirds and even hummingbirds, a magnet for birdwatchers and nature lovers.

Some birds spend the winter season in the Yucatan or pause to feed and rest on the coast before continuing their journey south. Migrants range from arctic terns, ospreys, wood storks and white pelicans from northern Canada to widgeon, teal, pintail, scaup and shoveler ducks. Smaller birds such as the painted bunting and the cardinal make the journey and the tiny ruby-throated hummingbird, which flies non-stop for 30 hours across the Gulf of Mexico. 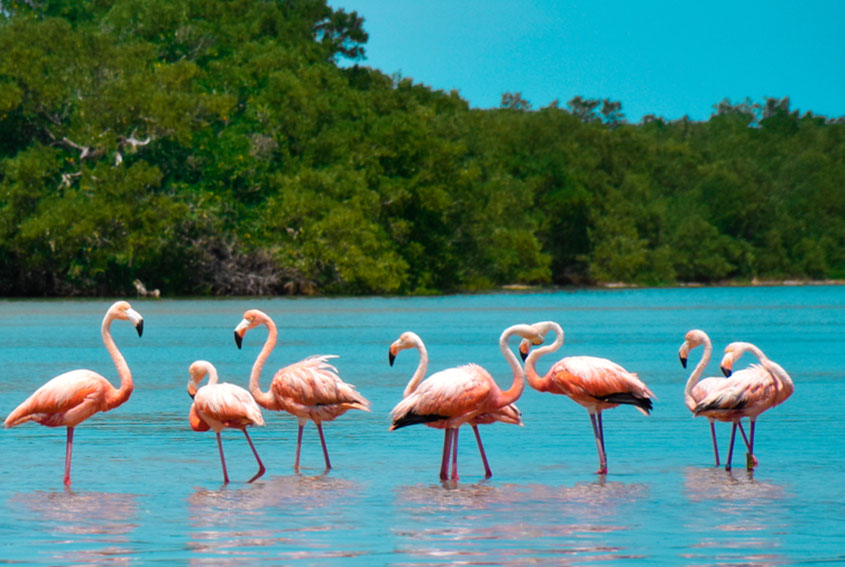 Rio Lagartos is famous for the thousands of flamingos, the largest breeding colony in North America, that make their home in the reserve. Yet the mangroves, salt marshes, dunes and tropical forest are also home to crocodiles, jaguars, monkeys and 365 bird species, including winter visitors.

Fishermen from the waterfront village of Río Lagartos offer boat trips along the ria or estuary and through the mangroves to the flamingo feeding grounds. Many of them are trained eco guides and carry checklists to help you identify the birds you see. Keep a lookout for flocks of white pelicans, skimmers, limpkins, plovers, reddish and snowy egrets, roseate spoonbills, peregrine falcons and kingfishers. 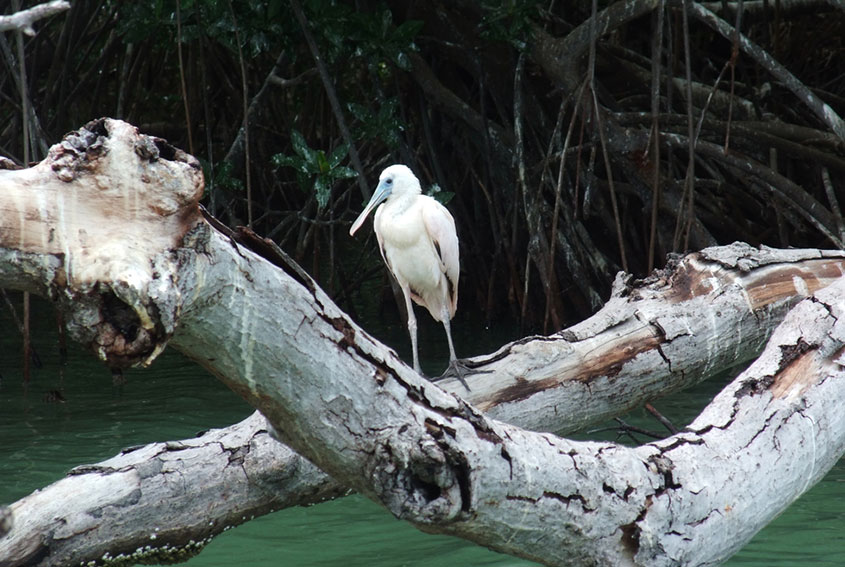 Sian Ka’an is home to over 350 species of bird, and you are bound to notch up a respectable tally of sightings during a visit. Sixteen varieties of heron and egret – including the boat-billed, tiger and agami heron –can be seen in the mangroves, along with wood storks, ibis and roseate spoonbills. Flamingos are occasional visitors to the coastal lagoons. Tanagers, migrant warblers and hawks join year-round forest dwellers such as parrots, motmots and toucans. The reserve also has a large breeding population of ospreys and protects a tiny colony of the rare jabiru stork, the largest bird in the Americas, in the wetlands. 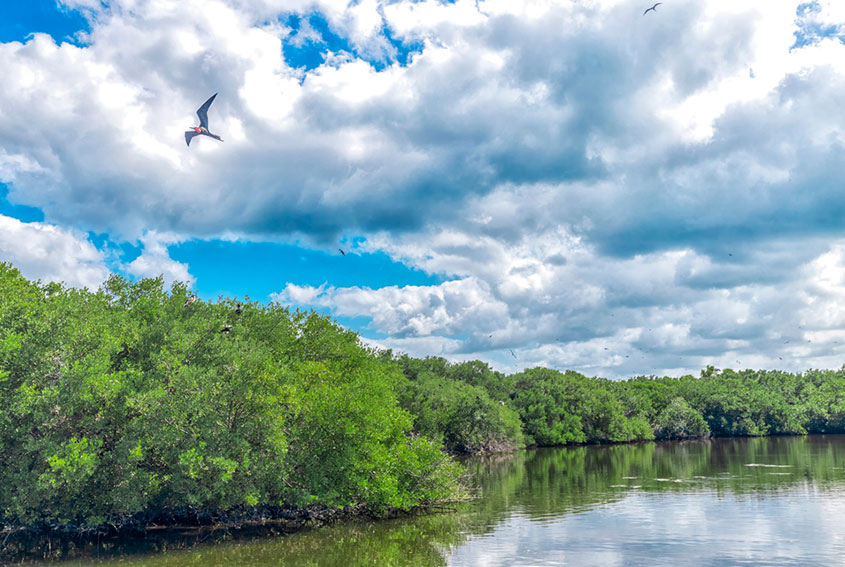 A two-hour boat ride to the north of Cancun, the tiny desert island of Contoy is known as la isla de los pajaros or “the island of the birds and with good reason. A protected area since 1961, and declared a national park in 1998, it is a refuge for 150 species of native and migrant birds, including one of the largest populations of brown pelicans in the Caribbean. Colonies of frigate birds, double crested cormorants and ten members of the heron family such as the great blue heron, snowy egret and the yellow-crowned night heron roost in the mangroves. During the winter months, the island is a refuge for migratory ducks, plovers, sandpipers, oystercatchers and other shore birds. 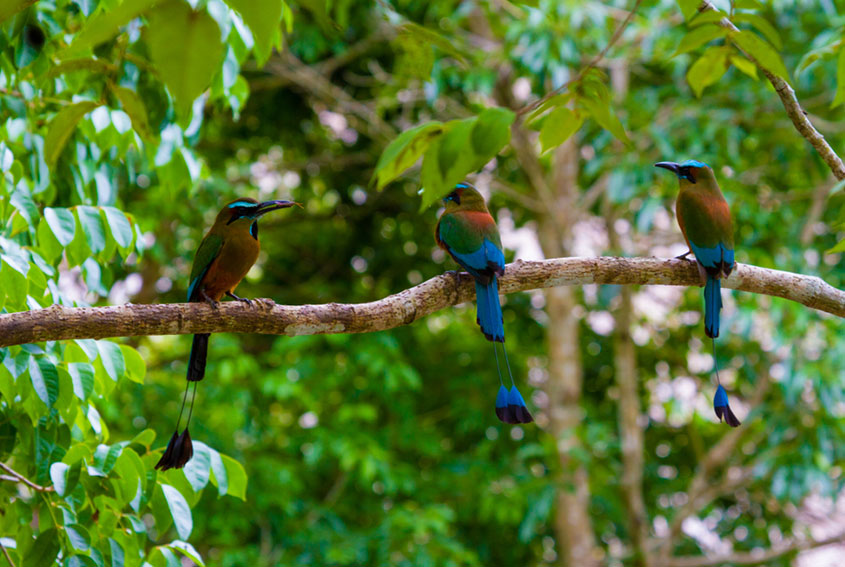 Catch the dawn chorus on a birding trip to a jungle reserve on the Ruta de los Cenotes or Cenote Route near Puerto Morelos. You may spot jewel-like tanagers, parrots and two members of the toucan family, the collared aracari and the keel-billed toucan. Migrant warblers and resident mockingbirds are in full song, competing with the rattle-like calls of the chachalacas and the soft call of the turquoise-browed motmot, the Yucatan’s bird of paradise that makes its nest in the walls of the cenotes.